Wildwood thrives on the edges of the quaint city of Marengo, IL. Located 60 miles northwest of Chicago, you will find peace and serenity among the prairie and woodlands of the region. Although you may have the feeling of living in the country, you are only just a 10 minute drive to Interstate 90; linking yourself back to the urban world.

Wildwood was designed to be a sustainable lifestyle community allowing for a pastoral lifestyle, but with modern technological conveniences. Our prairie style community will partner with local growers and farmers to provide our residents with farm-fresh, organic food. Our common area grounds are designed to enhance a healthy outdoor living space for the community and engage our residents to interact with one another. Whether you stroll/jog along the hiking paths, wade in the swimming ponds, or cultivate in the community gardens, you will find a variety of activities designed for all ages and abilities.

Imagine the possibilities. Our list of amenities is just the beginning of simple ideas to grow a community. 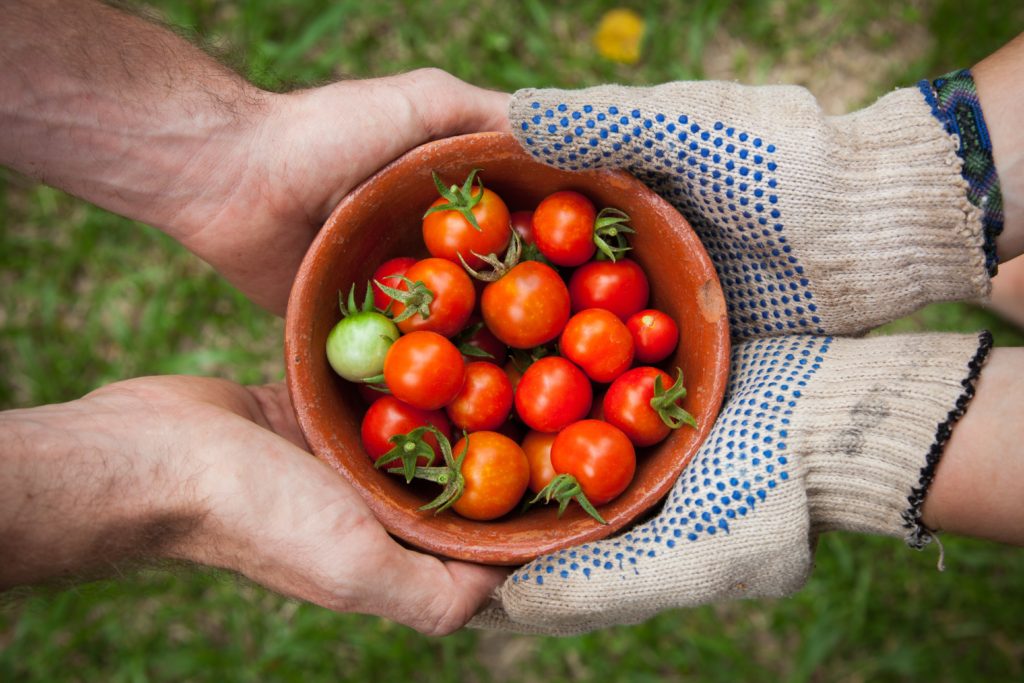 From an array of integrated activity trails designed for family fitness to an interactive community garden, Wildwood has a variety of opportunities to engage your family in
an active outdoor lifestyle. 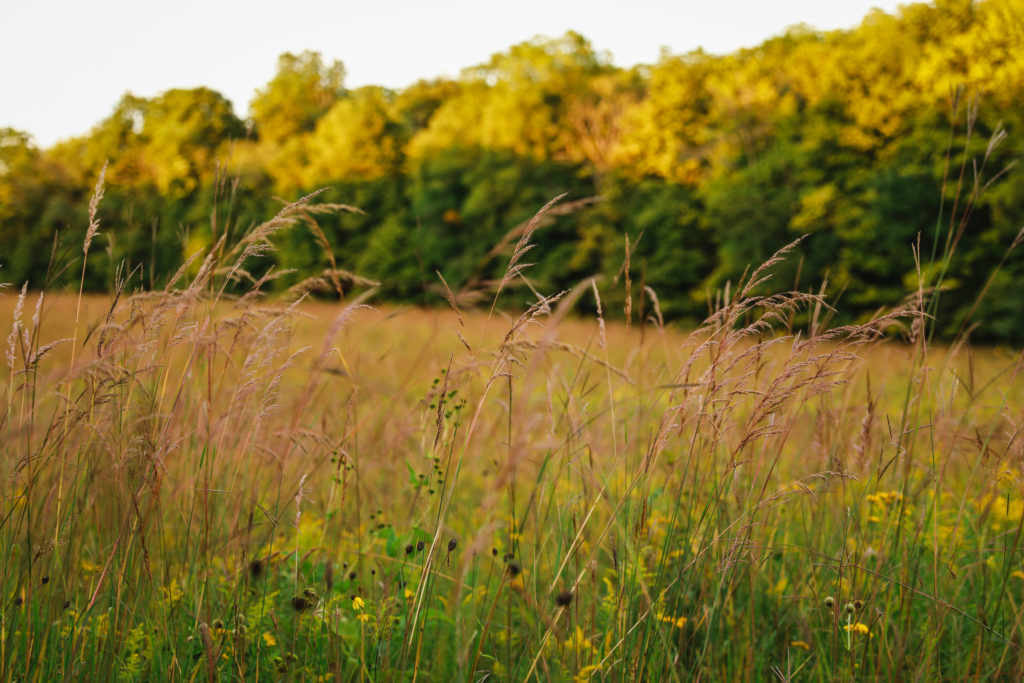 The country life! Enjoy all of the benefits of living in a rural community, but with the modern conveniences and state
of the art technology designed to
enhance your urban lifestyle. 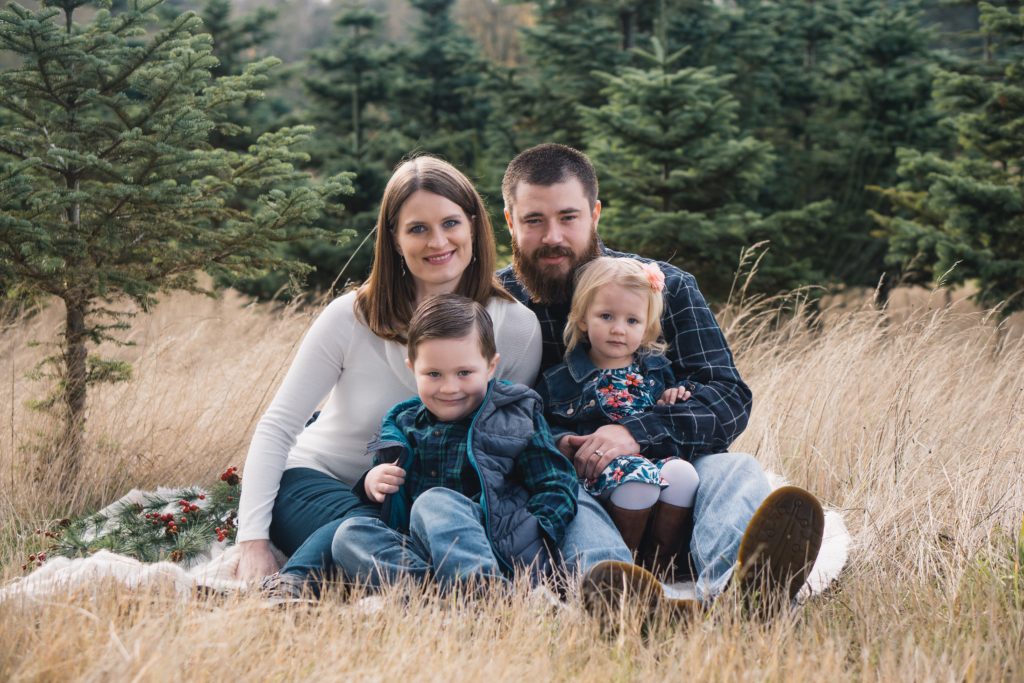 Don’t just take our word for it. Go straight to the source, our customers and current homeowners, to hear what they have to say about working with us. 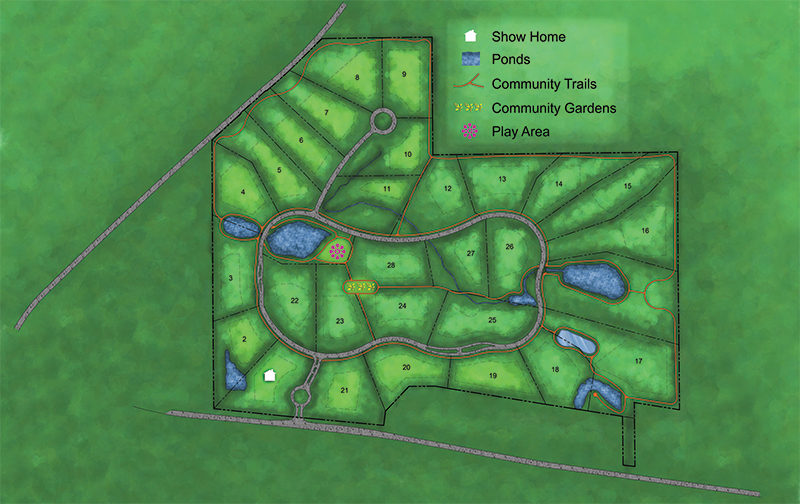 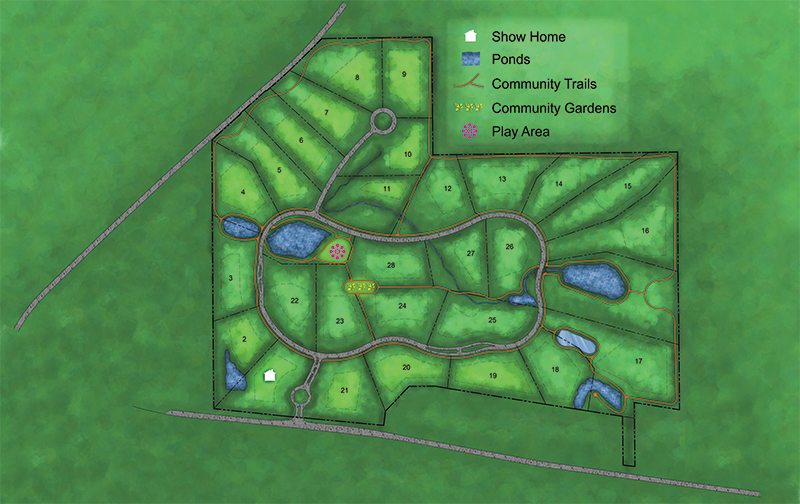 Our community is designed to create an atmosphere that appeals to all ages and abilities.  All season activities provide opportunities to move from a sedentary to an interactive lifestyle – relating with your peers and neighbors.

To be green isn’t just for frogs! You are committing to a new standard for sustainable living – thinking about future and setting an example for generations to come. Our traditional style homes have been designed with high efficiency amenities to create not only cost savings, but an eco-friendly relationship within our community, as well as a healthy environment for you and your family.

Environmental stewardship is part of our responsibility of managing our natural resources and wildlife habitats. Wildwood of Marengo is a community of those who share those philosophies. 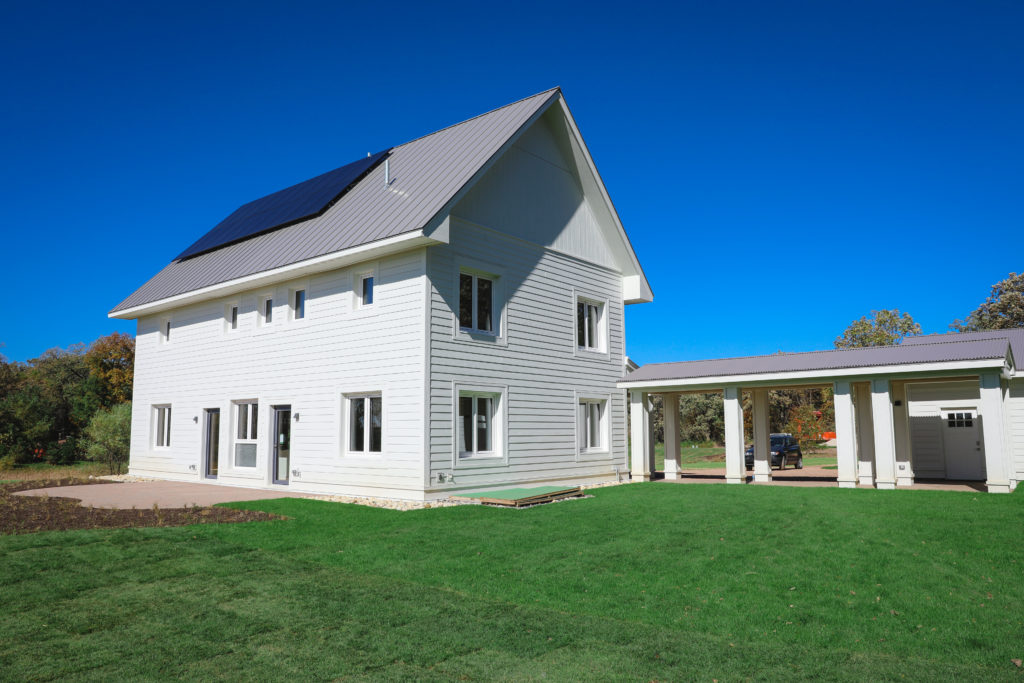 What you will find…..

“For many, a self-sufficient home that provides energy independence and wellness for their family is a dream, but with the vision and attention to detail that Evolutionary Home Builders brings to each of their projects, Wildwood is the type of progressive development that can make that family dream a reality today.“

“We decided to partner with healthy home building expert, Brandon Weiss, of Evolutionary Home Builders, to incorporate sonnen’s state-of the-art energy storage and management system with his Passive House certified community, “The Wildwood of Marengo”. This decision was made because of our deep appreciation for Brandon’s mission to design and build the healthiest, most energy efficient, and environmentally-friendly homes in the world.
Our experience working with Brandon Weiss and the Evolutionary Home Builder team has been nothing short of extraordinary. They truly understand the value of incorporating intelligent clean energy storage as a standard throughout the community. This creates a healthier environment for the occupants by elevating comfort, quality and performance while providing resiliency and energy independence.

“We would definitely love to work with Evolutionary Home Builders, and Brandon again. He made the whole process go so smoothly.

I didn’t realize just how lucky we were until after the project was done, and then people started coming out of the woodwork with nightmare stories about their renovations/new builds and problems with the builders or subcontractors. I think they were hoping that we could commiserate together and fully expected that we must have had some negative experience during the project. I heard a lot of frustration and anger behind their stories.

Another great thing about Evolutionary Home Builders are the subcontractors that they use. I’ve had experience with a builder who I really liked and did a good job with renovations at the previous home, but the team was really just interested in getting the job done and moving on to the next. With the team that Brandon brought in, I found that they really took pride in their craft and work. That even though it looked good enough to me, they weren’t happy until it was perfect – for their own peace of mind. They took the time to make it perfect, instead of just getting it done and moving on. They worked weekends, Sundays, a couple even came in New Years Day to finish up so that we could stay on schedule. Not only did they do a great job, but they had such a good rapport with each other. The painter brought the carpenter a canning jar full of some kind of pickled mushrooms, and the carpenter made cookies and brought them to the site one day, they were forever joking and kidding with each other, but you could tell they all had a mutual respect for one another and that they had been working together on many projects together with Brandon. He’s built a good team. They made quite an impression on me.

Now that the project is done, Brandon continues to exceed my expectations. The house was warranted for a year after we moved in, and there have been a few bumps along the way – which is to be expected, as some glitches can’t be found until you’ve lived in the house for a while. Every issue that has come up – one phone call or email to Brandon, and it’s taken care of. He and his team are still very responsive – even though I know they’ve moved on to other projects.